THE PYRAMIDS OF ILLINOIS, by Laurent Glauzy

All these observations are all the more surprising since the United States are sprinkled with more than two hundred pyramidal structures, at Cahokia Mounds, built between the 9th and 13th century B.C. For four centuries, this region of south western Illinois was home to one of the largest Amerindian cities of North America.

These buildings are covered by a carpet of vegetation rendering them perfectly invisible. The US government has enveloped them with a thick silence, for fear of revealing the existence of an ancient civilisation in contact with the Indians and benefitting from advanced knowledge.

These pyramids, known for a very long time, were called “Monks Mound”, in remembrance of the French missionaries who built a chapel on top of a tumulus in 1735.
In 1880, the Society of American Archivists recorded the testimony of Dr. Everhart, who, during the exploration of a tumulus, near the village of Zanesville, Ohio, found
the skeleton of a giant interred in a clay coffin, bearing hieroglyphics inscribed on a limestone plate. This example, proving a convergence between American pyramids, giants and a system of hieroglyphic writing, disproves the very simplistic and erroneous version of history according to which the American continent was discovered by Christopher Columbus on the 12th of October 1492.

The Egypt of the Pharaohs, and a lost continent utilising a hieroglyphic system of writing, is believed to have been capable of extending its culture to the furthermost points of
the earth. Dr. Hans Joachim Zillmer, palaeontologist-geologist and member of the Academy of Sciences of New York, explains that even the Normans imported wood from Brazil, well before Christopher Columbus. He presents the theory according to which Celts and Romans may have reached America before the Vikings. In L’Atlantide retrouvée?, Pastor Jürgen Spanuth explains that the Egyptians traded in gold and amber with the Nordic peoples. The presence of hieroglyphic characters in North America substantiates the statements of Creationist Egyptologist Fernand Crombette concerning a similar system of writing, anterior to the hieroglyphics, found in Amazonia and analogous to Scandinavian runes. All these observations definitively discredit evolutionist dogmas, according to which modern man is the beacon of humanity.

Thanks to the Atlantis, the Pharaos could go across the Atlantide and colonize America. In fact, the Indians are the descendants of the Egyptians. And they took their knowlodges of the wizardy from the Egyptians, and from Cham, the damned son of Noah. 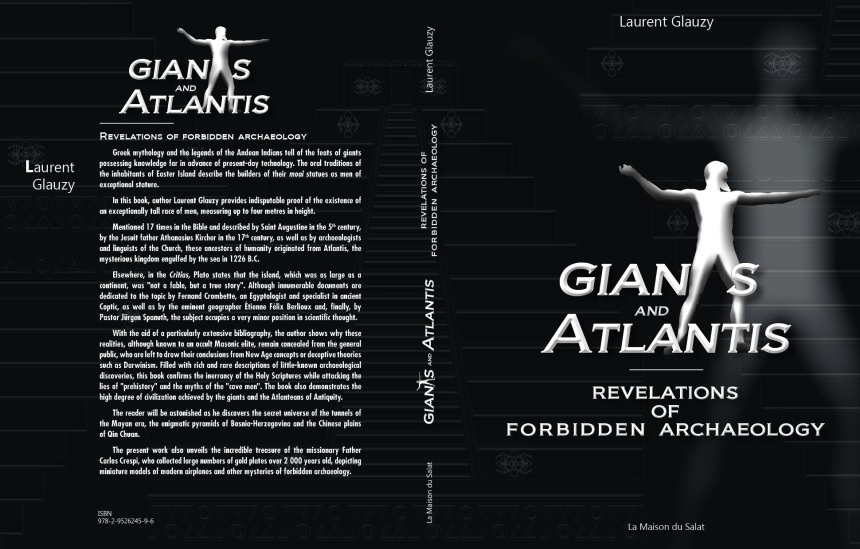 e-books on the amazon site of Laurent Glauzy for the english, german and french versions